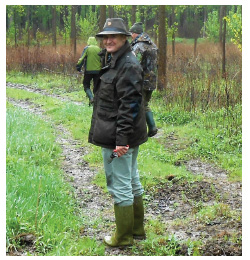 Prof. Dr. Nenad Keča (https://www.ponteproject.eu/people/nenad-keca) was born on October 25, 1975, in Senta, Serbia. He completed elementary school in Kanjiža, and high school in Senta. Prof. Dr. Keča received a BSc degree from the University of Belgrade, Faculty of Forestry, Department of Forestry, in 1999 with a grade point average of 9.72. Thereafter, he enrolled in postgraduate studies of “Protection of Forests and Ornamental Plants” in 1999/2000 and defended his master’s thesis entitled “The study of the most important fungal diseases of Populus x euramericana Dode (Guinier) and the possibilities of suppression” in 2001. He received his PhD degree in 2005 by defending the doctoral dissertation entitled “Biodiversity of Armillaria species and their role in the decay of trees in conifer and deciduous forests of Serbia and Montenegro” at the University of Belgrade, Faculty of Forestry.

After graduation, Prof. Dr. Keča worked as a forestry engineer in the Public Company “Srbijašume” for six months. Then, he joined the University of Belgrade, Faculty of Forestry as a teaching assistant. In 2016, he was elected full professor of forest and ornamental plant protection. At the age of 41, he became the youngest full professor in the history of the Faculty of Forestry. Prof. Dr. Keča was also involved in teaching Pathology of Forest Trees at the Faculty of Agriculture in East Sarajevo (forestry study program), in the period of 2014–2015. Teaching activities of Prof. Dr. Keča also included mentoring of students at all study levels.

During the period of 2003–2004, Prof. Dr. Keča visited the University of Aberdeen as a researcher in the laboratory of Prof. Dr. Steve Woodward, and was trained in forest pathology. Later, from May to September 2005, he stayed as a Norwegian Government Fellow at the Institute of Forestry (today NIBIO), Department of Forest Protection, with Prof. Dr. Halvor Solheim. During this period, he specialized in forest pathology. During 2018, he stayed for three months at the Institute of Forestry in Poland, specializing in root and tree sprout rot etiology.

Prof. Dr. Nenad Keča parti-cipated in the implementation of 20 projects (4 inter-national and 16 national), and 5 COST Actions (FP0801, FP1002, FP1103, FP1203, FP1406), resulting in 104 papers. He made the greatest contribution in studying poplar pathogenic fungi, Armillaria spp., Heterobasidion spp., Phytophthora spp. and Chalara fraxinea. He detected some of those species for the first time in Serbia. He published more than 150 papers in international and national journals, and participated in numerous scientific meetings. Prof. Dr. Keča coauthored two university textbooks (Forest Phytopharmacy in 2010, and Forest Mycology in 2016). Prof. Dr. Keča was also a member of the Editorial Board of the following journals: Annals of Forest Research (SCI, Impact Factor 0.418), SEEFOR (South-East European Forestry) Regional Journal, Acta Scientiarum Polonorum, and Silvarum Colendarum Ratio et Industria Lignaria. He was an editor-in-chief of the Faculty of Forestry’s Newsletter from 2009 to 2013, as well as an ad hoc reviewer in the following journals: Forest Pathology, European Journal of Plant Pathology, New Zealand Journal of Forest Science, Baltic Forestry, Annals of Forest Research, SEEFOR, Journal of the Faculty of Forestry and Papers of the Faculty of Forestry in Sarajevo.

The professional career of Prof. Dr. Keča is full of exceptional achievements thanks to his tremendous efforts, endless enthusiasm and devotion to his duties. He was a man of enormous energy, persistence and patience. Furthermore, he maintained high professional and personal standards serving as an example for his students and colleagues. By teaching and sharing his knowledge and expertise, he built an academic foundation out of 20 generations of students that will last for a long time. On August 21, 2019, his family lost a son, a husband and a father, and the society lost a respected and distinguished scientist and professor. Rest in peace, dear friend and colleague.

On behalf of the POnTE University of Belgrade team,